My name is Tony and I work as a World Designer on theHunter: Call of the Wild. I deal with a little bit of everything, but one of my biggest missions is to create the large, visual worlds that our reserves take place in.

Today, I have the pleasure of talking about the natural wonders and landscapes of our latest Finland-based reserve, Revontuli Coast.

When creating any reserve for our game, this is of course a central question, especially if your job is to represent it in the game. With the exception of some smaller continental pockets of humidity along the southern coast and northwestern Lappland tundra, the Finnish climate is (depending on the classification system) considered to be almost completely boreal or subarctic. For Revontuli Coast, we wanted to get as much range and variation as we could possibly get; that meant taking inspiration from a number of Finland’s stunning landscapes, including the archipelagos of the southern coasts, the northern fell peaks of Pallastunturi and everything in between! 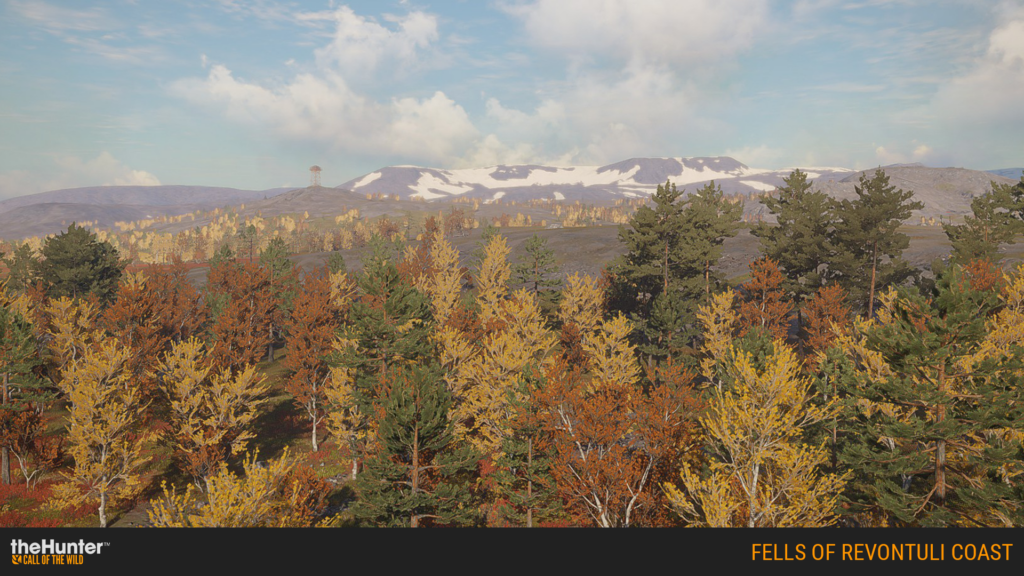 The fells of Revontuli Coast, inspired by regions around Muonio and Enontekiö. 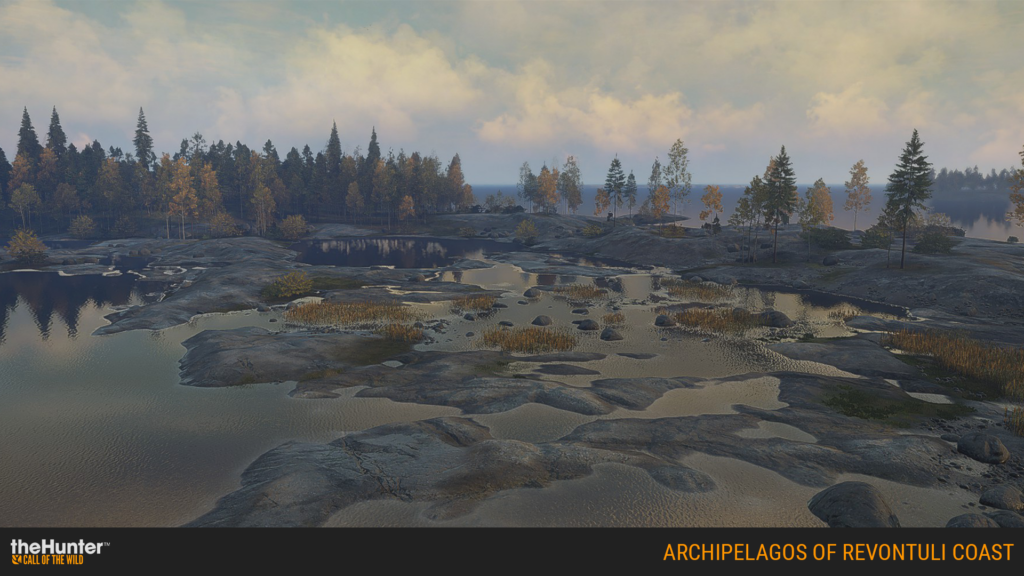 The rocky granite archipelagos are a staple of the Finnish landscape.

Finland’s topography is quite flat, with most of its higher peaks and fells up in the north, close to the Swedish and Norwegian border. It does, however, feature some really exciting landmarks and configurations such as eskers, moraines, and flarks, all of which are remnants of the Ice Age! Even smaller features such as erratic boulders and glacial potholes are quite common.

Perhaps you’ve managed to spot some of them in the reserve? 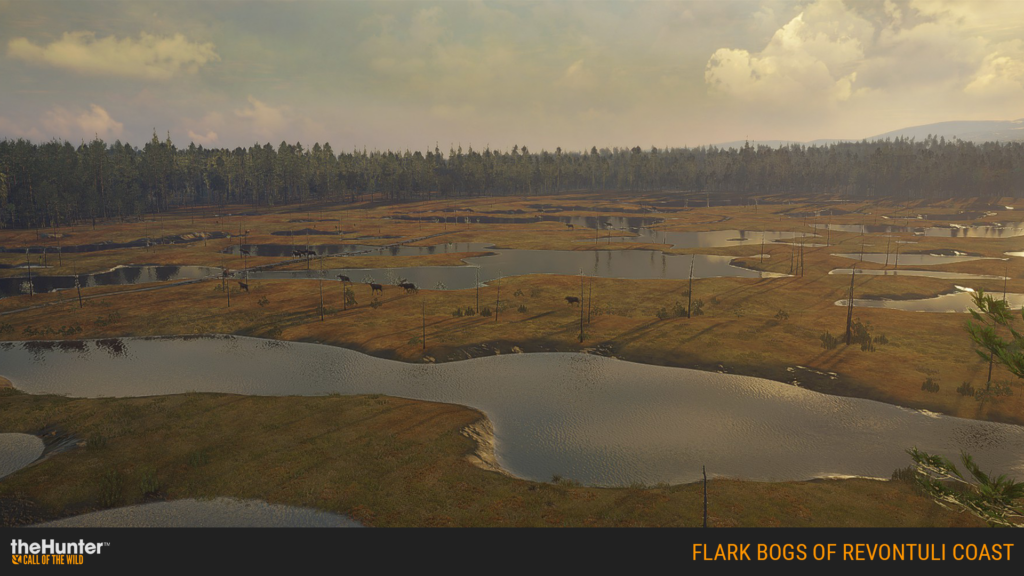 Flark bogs, why do they look like this? It’s all about that Ice Age! 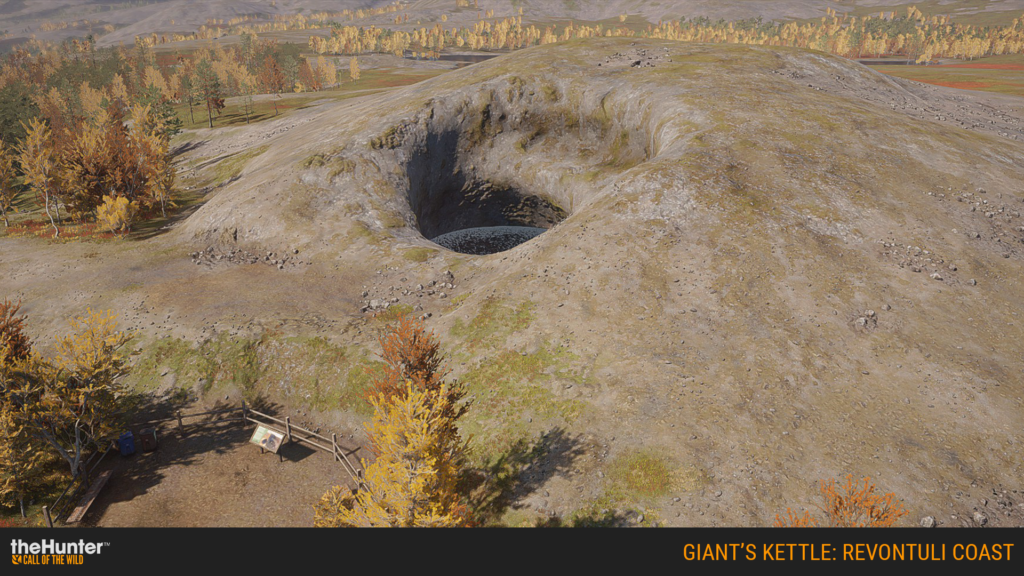 Sometimes called giant’s kettles, these potholes were made millions of years ago by melting ice streams and eroding bedrock moulins.

The land of a thousand lakes…

…is a bit of an understatement because Finland has well over a hundred thousand lakes! It sits somewhere in the ballpark of 188,000, actually. This was of course going to be a big part of the reserve, especially as waterfowl hunting was a major focus. Even though our map does not have hundreds of thousands of lakes, it is by far the most water-centric map in the game!

An important aspect of having so many water bodies was making sure both players and animals had an easy time traversing around the map. This is why you can find many shallow crossings scattered throughout, as well as some strategically placed boats to help you fast travel across those really large lakes. 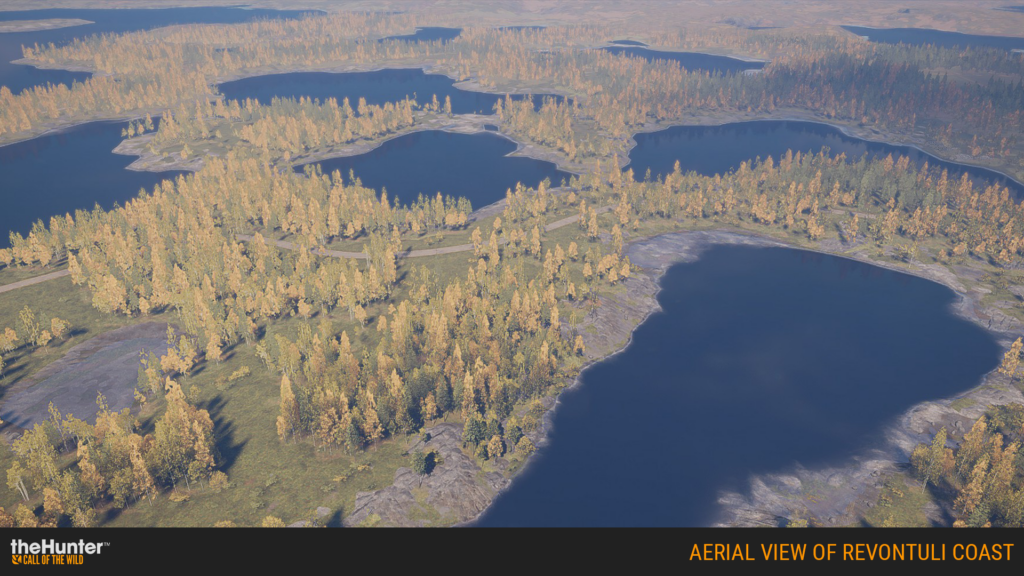 The flora of Finland

In preparation for working on a new reserve map, much work goes into creating a comprehensible understanding of the existing flora for the intended region. The majority of the Finnish flora is what is commonly found in a boreal subarctic climate. The forests are dominated by pines (Scots pines) followed by spruces (Norwegian spruce) and birches (silver and downy birch). There are a lot of interesting peatlands, waterfront forests, bogs, and mires. As mentioned above, we wanted as much as Finland had to offer, so we picked up a little bit of everything along the way! 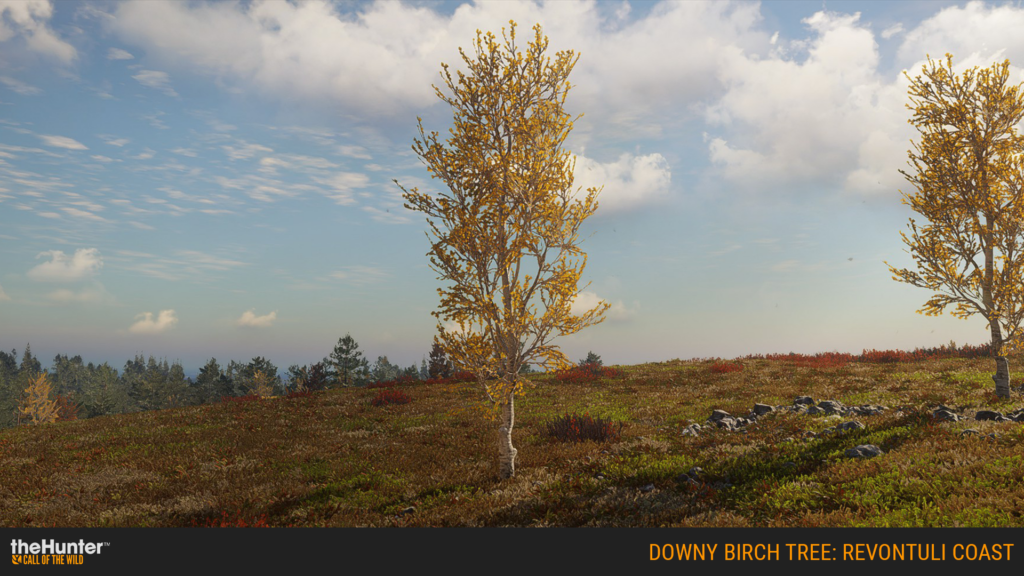 A downy birch standing in the fells. 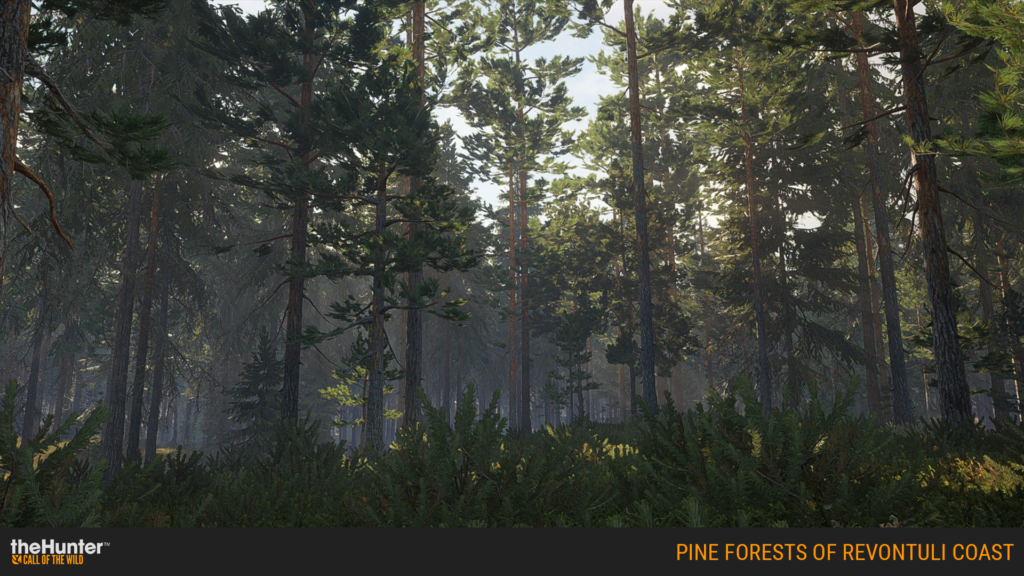 A northern forest, primarily featuring Scots pine, with an undergrowth of moss and crowberries. 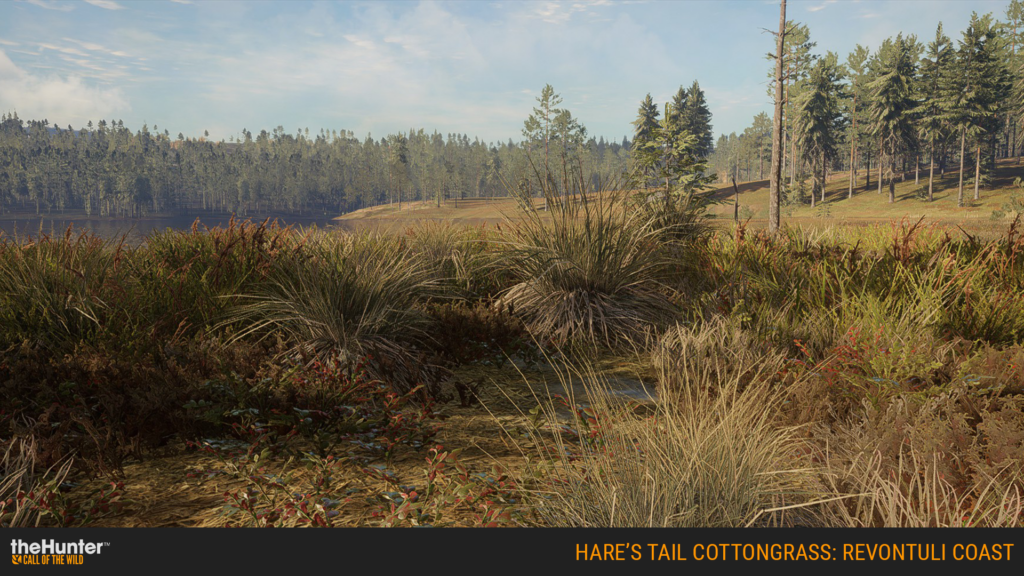 I hope you enjoyed reading about some of the research, design, artwork, and development that went into creating this beautiful, fictitious Finnish reserve landscape. I also hope you’ll have as much fun playing it as I had making it!